Digital Protocols, and Why Nothing (or Everything) Works Together 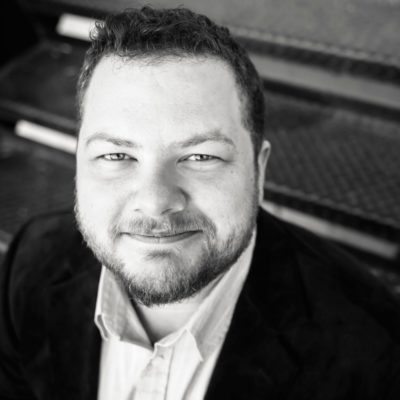 This article gets a little “tech-nerd” heavy.  If acronyms and tech speak make you all blurry-eyed and start rubbing your temples, then feel free to skip to the bottom to see why this should matter to you. For those of you who like to nerd-out over exhaustive acronyms and digital infrastructure theories, read on.

Digital networking and infrastructure advances are paving the way of the audio-visual industry at a record-setting pace. It seems that nearly every device in a system these days has some sort of digital interfacing that gives the user a sordid array of flexible options for using that piece of gear. Options are good… in some cases. The difficulty in these developing systems – which has been prevalent from the origins of digital A/V – is consistency and compatibility when integrating systems together. Much of this is rooted in the various branches of the industry which push for these standards: audio from the concert touring industry, video from the film, broadcast, and home entertainment industries, and lighting from the theater industry. If you were to look at all of the digital options out there, you will find a laundry list of digital protocols used by each manufacturer on their products. “Protocol” is just a quick and easy term to describe the different programming codes, algorithms, digitally transferred data, and networking abilities among devices. Some of the widely used protocols in digital A/V systems are Dante, AVB, Cobranet, EtherSound, MADI, HDBaseT, ArtNet, RDM, A-Net, ADAT, RockNet, AES50, Crestnet, and the list goes on and on, to include a pile of proprietary designations. So, what does all of this mean?

In the realm of audio, for a time it seemed every manufacturer had their own, proprietary digital audio protocol. Some of the earliest protocols were developed by companies like Toshiba (TOSLINK), Alesis (ADAT), and Sony/Philips (S/PDIF) for studio and home theater uses. At first, the pro audio market didn’t really catch on because the infrastructure (cabling, connectors, distribution and routing) were not robust or stable.  However, over time, the pro market started to catch on to and rely upon these developing digital technologies for a variety of uses. But, one problem still remained: compatibility. Over the years, as new technology developed, nobody really wanted to share, and at some point, the Audio Engineering Society (AES) and the European Broadcasting Union (EBU) got involved and started developing standards for these products to be able to work together in a stable way. Even though the need for compatibility was obvious in the early stages, manufacturers still went about their own business, developing new technologies and protocols, each hoping to develop something great that would catch on throughout the industry. Well, here we are some years later, and there is still not a single digital audio protocol that is universally compatible. For that matter, there are barely half a dozen that are highly common, but still not universal.

Cobranet is considered by most to be the first real “audio over ethernet” solution, allowing multiple channels of audio to be transferred, bi-directionally, over a single Cat5e network cable to any number of locations – thus [theoretically] eliminating the need for point-to-point audio connectivity. This was a brilliant concept, considering most digital protocols up to that point were still using a point-to-point mindset. Following Cobranet, many other multi-channel digital audio protocols started showing up, some using ethernet based technologies (Ethersound, RockNet), some using coaxial cabling or fiber optics (MADI), and others using a mixture of infrastructure types for proprietary use (Avid, Roland, Yamaha, Aviom). This became a bit of a headache for both installers and touring personnel to have to keep up with a wide assortment of cable types, system engineering challenges, speed and latency limitations, and you still had to begin with point-to-point analog audio to get sound from a microphone into the system. As time has progressed, end-users and integrators have been pushing for streamlined compatibility and ease of use.

Well after the audio world started down this path, pro video and lighting industries started to catch on. (Although DMX for lighting control has been around for quite a while, advanced tech like RDM and Art-Net has developed in more recent years.) Following the same patterns as audio pros, the video market started developing technologies that were unique and proprietary to each manufacturer. The impetus for these technologies originated with the limitation of transmitting video signals over lengthy cable runs. When met with the ever-growing need for higher resolutions and transmission rates, the usual analog cable couldn’t handle the bandwidth. Again, the same patterns developed – point-to-point digital video technologies started to develop, such as HD-SDI and DVI.

With increasing pressure from integrators and system designers, the audio and video industries are starting to collaborate more and more, and develop integrated technologies that help serve everyone in a streamlined way. One of the emerging technologies as AVB, or “Audio Video Bridging.” The purpose of this new set of standards was to create an ethernet network-based system that would allow multiple audio and video devices to work seamlessly for signal transmission to and from any point in the system. Using the cloud-based format, high-definition video and audio could be carried from cameras, switchers, media players, and computers to a variety of displays, projectors, recording devices and interfaces throughout a facility on a standard network using category wiring. Great concept, don’t you think?

The audio world is jumping on to AVB, but with some hesitation. Protocols like Dante (a licensed form of AVB that is primarily audio-oriented) MADI, and Cobranet are still dominating the audio world for use in digital audio snakes and device-to-device integration. Some manufacturers have started creating interface devices to allow their products to be used with any system that utilizes these other protocols. From expansion cards to stand-alone interfaces, most pro audio systems are now adaptable across the main platforms. The AVB protocol is gaining momentum, and has been given great attention to various manufacturers. The drawback is that the video market is not so keen on the idea just yet. There are a laundry list of reasons for this, and it usually comes down to two things: quality control and cost. Each time a manufacturer chooses to use a protocol it didn’t develop, they are required to pay for licenses of use. These licenses cost money, and drive up expenses for research & development, manufacturing, and end-user sales. Video manufacturers have been devoting their time to developing reliable and cost-efficient standards that can handle the high-definition video bandwidths, and moving to a new standard now only necessitates further investment. I’m sure there are lots of other reasons why manufacturers hesitate to move to these various protocols that are very technically significant, but on our end of things, it leaves us with a lot of speculation and head-scratching. This is one of those areas where we spend a lot of time talking to manufacturers, reps, and product developers to predict where industry trends are taking us.

So, with all of that information, what does this mean for me and my organization?

For anyone who tuned out of the tech speak, this is where you’ll want to tune back in.

Every system that Provision designs and installs is customized to meet the needs of each partnering organization. You won’t find any cookie-cutter solutions here. We feel that each project deserves a great deal of original thought and planning to ensure that we are providing a system that meets the technical needs, whilst staying on budget, and reflects both our company values and your organization’s values in every way possible. When meeting with new clients and partners, we are frequently met with the request for equipment and systems that are forward-thinking – those that will be compatible and adaptable with developing technologies – and will not become obsolete in just a few years. This is a very reasonable request, and one that every organization should impose.

The challenging part of fulfilling this request is in considering the question “How do we plan for all of the variables?” With so many different, developing standards and protocols, it becomes challenging to develop infrastructure that can support all of the potential outcomes. Of course, if money was never a limitation, the answer would be easy… just plan for everything! Since most of us do not have unlimited funding, this unacceptable answer necessitates a conversation about what creates value and reflects good stewardship for an organization. For example, some folks find it very hard to swallow that additional few thousand dollars for installed wiring and connectors that may not even be used for three to five years, but what sort of long-term compatibility does that allow for them? Is it worth it? Depending on the scale of a system, “future-proofing” and planning for developing compatibility can sometimes be a very simple or a very complex discussion to have … and to agree upon. Understanding and agreeing on what creates value in a project is a different article for another day, but understanding the reasons behind the details are valuable in equipping our partners into making wise decisions.

Technology is developing at a rapid pace, and we are all fighting to keep up with it. The latest and greatest development this month could be old news by the end of the year, and it takes a great deal of industry attention to understand and anticipate the impending challenges. This is just one of the many ways we are able to help our partners–by informing and educating on the things that seemingly don’t matter, but have very real and long-term ramifications.  We want you to make wise decisions when it comes to developing a system. Not only having a plan for now, but creating a long term vision plan and knowing what creates value for you and your organization, will ensure that you are satisfied with a stable system that will serve you well for years to come. Most of the people we talk to don’t necessarily know the difference between this digital protocol or that one, and that’s okay. The important thing is to know and understand how these details come into play when designing a system that you have to live with for years to come.

Have a comment on this topic? Let us know by leaving your comments below!